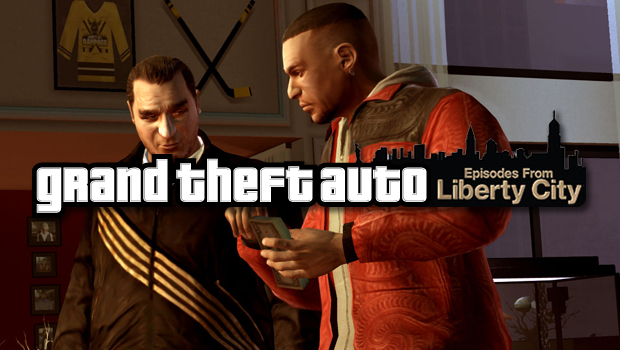 Grand Theft Auto IV’s second downloadable episode, The Ballad of Gay Tony injects Liberty City with an overdose of guns, glitz, and grime. As Luis Lopez, part-time hoodlum and full-time assistant to legendary nightclub impresario Tony Prince (aka “Gay Tony”), players will struggle with the competing loyalties of family and friends, and with the uncertainty about who is real and who is fake in a world in which everyone has a price.

Grand Theft Auto IV: The Ballad of Gay Tony takes place in 2008, at the same time as GTA IV. The events in GTA IV and GTA IV: TBOGT both happen simultaneously as the stories cross in certain places. Liberty City consisting of four districts, based on four of the districts of New York City: Broker (Brooklyn), Dukes (Queens), Bohan (The Bronx), and Algonquin (Manhattan). West to the city is the independent state of Alderney (Northern New Jersey). There are three minor islands present in the game: Charge Island (Randall’s Island), Colony Island (Roosevelt Island), and Happiness Island (Liberty Island). In The Ballad of Gay Tony, the entire map of Liberty City is unlocked from the start compared to GTA IV of which was locked. This is because the story of TBOGT starts part way through GTA IV’s story.

After witnessing the heist of the Bank of Liberty (carried out by Niko Bellic and Packie McReary), Luis Fernando Lopez enters the loft of his employer, owner of successful clubs Maisonette 9 and Hercules “Gay” Tony Prince. Tony is in serious financial trouble, having taken out massive loans from the Ancelotti crime family and Mori Kibbutz in order to keep his clubs running. He asks Luis to work for Mori Kibbutz ( who is actually Brucie’s older brother) and Rocco Pelosi, an Ancelotti gangster, in order to satisfy his debts. Luis soon becomes acquainted with Yusuf Amir, an Emirati real estate developer who is interested in purchasing and franchising one of Tony’s clubs, and Ray Bulgarin, a Russian crime lord he met in the clubs. Tony also plans to buy two million dollars worth of diamonds in order to sell them at a higher price, but members of The Lost Motorcycle Club intervene the trading and steal them, resulting in the death of Tony’s current boyfriend Evan Moss.

Luis manages to intercept a meeting to trade the diamonds and recovers them. Bulgarin soon reveals that the diamonds are his property, and believes that Luis and Tony colluded to steal them, marking them for death. Giovanni Ancelotti orders that the diamonds are to be used as a ransom payment for his daughter Gracie, who was kidnapped by Niko Bellic and Patrick McReary. Rocco meets with Luis, and suggest that he should kill Tony in order to gain favor with Bulgarin, so that he will spare him. Though he contemplates doing so, Luis ultimately refuses and escapes Tony’s club when Russian gangsters sent by Bulgarin assault it. Luis travels to Firefly Island to disrupt Russian drug operations and cuts off his main cash flow, and learns that Bulgarin is fleeing the city by plane within two hours. With the help of Yusef (who kills Bulgarin’s henchmen attacking Luiz to stop him boarding Bulgarin’s plane) with his Buzzard attack chopper, Luis manages to board the plane, and kills all of the henchmen on board. A vengeful Bulgarin emerges from the cockpit holding a grenade, threatening destruction to both of them if Luis kills him. Luis takes the risk and shoots Bulgarin.

A dying Bulgarin drops the grenade causing the entire plane to explode. Luis parachutes out of the burning wreckage of the plane to safety, and heads to Meadows Park where Tony is waiting . Once there, they both tell Yusef, who has arrived at the scene, that they won’t franchise the clubs since they prefer to keep it a “family business”. In a small twist ending, the diamonds continually fought for are found by a homeless man in the trash. Like The Lost and Damned, the story of the Ballad of the Gay Tony also intertwines with the main story of Grand Theft Auto IV, as well as The Lost and Damned. The first main part of the storyline that intertwines is the diamond deal. A cook aboard the ship Platypus finds the diamonds (as seen in the opening credits of Grand Theft Auto IV]], and the deal between Tony and the cook is disrupted by the Lost motorcycle club, also shown in the Lost and Damned. The second deal at the Libertonian with Isaac is also shown in both DLCs, as well as Grand Theft Auto IV.

The trading of the diamonds in exchange for Gracie also is in both Grand Theft Auto IV and the game, as well as the aftermath of the diamonds, which had fallen into a dump truck, seemingly finding their way into a trash can, later found by the homeless man. Yusef Amir is mentioned briefly by Playboy X in Grand Theft Auto IV during the mission in which Niko and he attempt to take back one of his construction sites. Gay Tony is also briefly mentioned by “French” Tom Rivas, who talks about his bankruptcy. The big heist of the Bank of Liberty also features both Niko and Luis.

Luis Lopez, voiced by Mario D’Leon, is the protagonist in The Ballad of Gay Tony. He works as a bodyguard for the Ancelotti Family associate Anthony Prince, and also as a bouncer at Tony’s clubs, Hercules and Maisonette 9. Luis first appeared in the GTA IV mission ‘Three Leaf Clover’, as a hostage during the robbery acted out by Niko Bellic and the Irish Mob. This is seen in the beginning scene of TBOGT.

Although not a direct antagonist, Ray Bulgarin does make Luis’ and Tony’s life hard nearer the end of the story in TBOGT. Ray is a Russian mobster who, in Liberty City, enters the partnership of the Ballad of Gay Tony protagonist Luis Lopez as seen in the “You’ll Always Be The King Of This Town” trailer.

Anthony Prince, mainly known as Gay Tony, is a nightclub entrepreneur. Tony is connected with the Ancelotti Family due to his close friendship with Gracie Ancelotti. Tony owns several nightclubs, including Maisonette 9 and the Hercules. Some of Tony’s clubs have been shut down because of drug uses in his clubs. Despite his lifestyle, Prince is broke, and desperate for money. He employs Dominican gangster Luis Lopez as a bodyguard and bouncer at his clubs.

Gracie Ancelotti is the daughter of Ancelotti Family Don Giovanni Ancelotti. The Liberty City Police Department believe her not to be involved in running the family, although believe her friendship to Anthony Prince could be exploited. During the Grand Theft Auto IV mission I’ll Take Her, Gracie is kidnapped by Niko Bellic for the McReary Mob jailed leader, Gerald McReary.

Yusuf Amir is an Arabic immigrant from Dubai in the United Arab Emirates. Yusuf is a billionaire property developer, his most notable achievement being the “hanging gardens of Amir” – an apartment complex suspended by balloons over the Persian Gulf. Amir runs into some problems in Liberty City however when his business is being extorted by an unknown sect of mafioso. He also started to work with Luis Fernando Lopez, giving him some over-the-top missions including stealing a train wagon and stealing a Buzzard in which is used to destroy a yacht. He owns a Super Drop Diamond, Buzzard, Swift, Skylift, Subway Train and an APC

Just like TLAD, all the standard weapons from GTA IV are available in TBOGT. In TBOGT, there are an additional 9 weapons (1 which is the Grenade Launcher from TLAD) making that 8 new weapons. They are detailed below:

The Pistol .44 is based off of the .44 Automag. It has a good accuracy and a mid-range.

Liked the Striker Shotgun from TLAD? You’ll love the new Assault Shotgun in TBOGT as it shoots explosives!

The Assault SMG is based on the P90. It has a average accuracy, however its range isn’t amazing due to its integrated silencer.

The Gold SMG is based on the Uzi. It doesn’t have anything extra to it apart from it’s gold plated.

The Advanced MG is based off of the M249. It’s great for its HUGE 200 round ammo clip. You can’t fault this gun. Reload speed is the same as the .44 Pistol and it has a great amount of damage to be made.

The Advanced Sniper is a nice addition to GTA IV in TBOGT. It has better power and damage than other snipers and looks sexy!

The Sticky Bomb is a great weapon for any GTA player. Toss it, stick it, blow it.

The one thing EVERYONE loves… a PARACHUTE! Head to the top of the Rotterdam Tower, grab your chute, jump and glide to the Statue of Liberty. Just make sure you actually pull the cord.

With TBOGT, there was the same situation with radio stations. Due to it being a digital DLC for GTA IV, it wasn’t possible to add new radio stations, so Rockstar just updated a few of them with new music. The stations that got updated were:

All other radio stations from GTA IV stayed how they were. However, if you were to later purchase GTA Episodes from Liberty City, you’d have had the addition of this music plus the 3 new radio stations (which replaced existing ones). The new stations in EFLC were: