By Lewis In Grand Theft Auto: The Trilogy On 9 November 2021 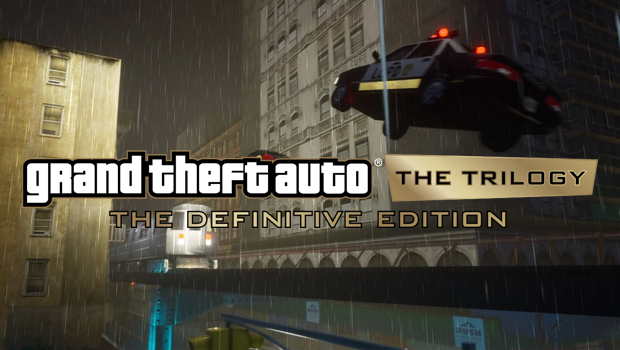 We are rapidly approaching the official release for Grand Theft Auto: The Trilogy – The Definitive Edition, which releases for Xbox One, Xbox Series S & X, PlayStation 4, PlayStation 5, Nintendo Switch and PC (via the Rockstar Games launcher) this Thursday, 11th November!

There has been some confusion recently around whether or not the game will launch at midnight respective of each country, however from Rockstar’s recent Newswire article, it appears that the title will actually release at 10:00am ET (New York) which is 3:00pm in the UK. 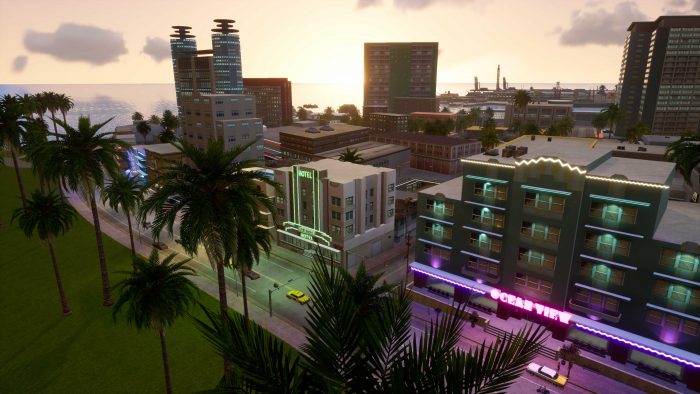 It’s unknown on what the reasoning behind the simultaneous release is. Our guess would be that Rockstar Games want to avoid any early access or leaks and want it to be fair for all people to get their hands on it at the same time, however this isn’t confirmed.

If you want to find out what time the game releases in your country, our good friend, Ben aka Videotech_ has created this awesome Time Zone map with all the release times! We’re super excited to play these classic titles but remastered and hope you are too! 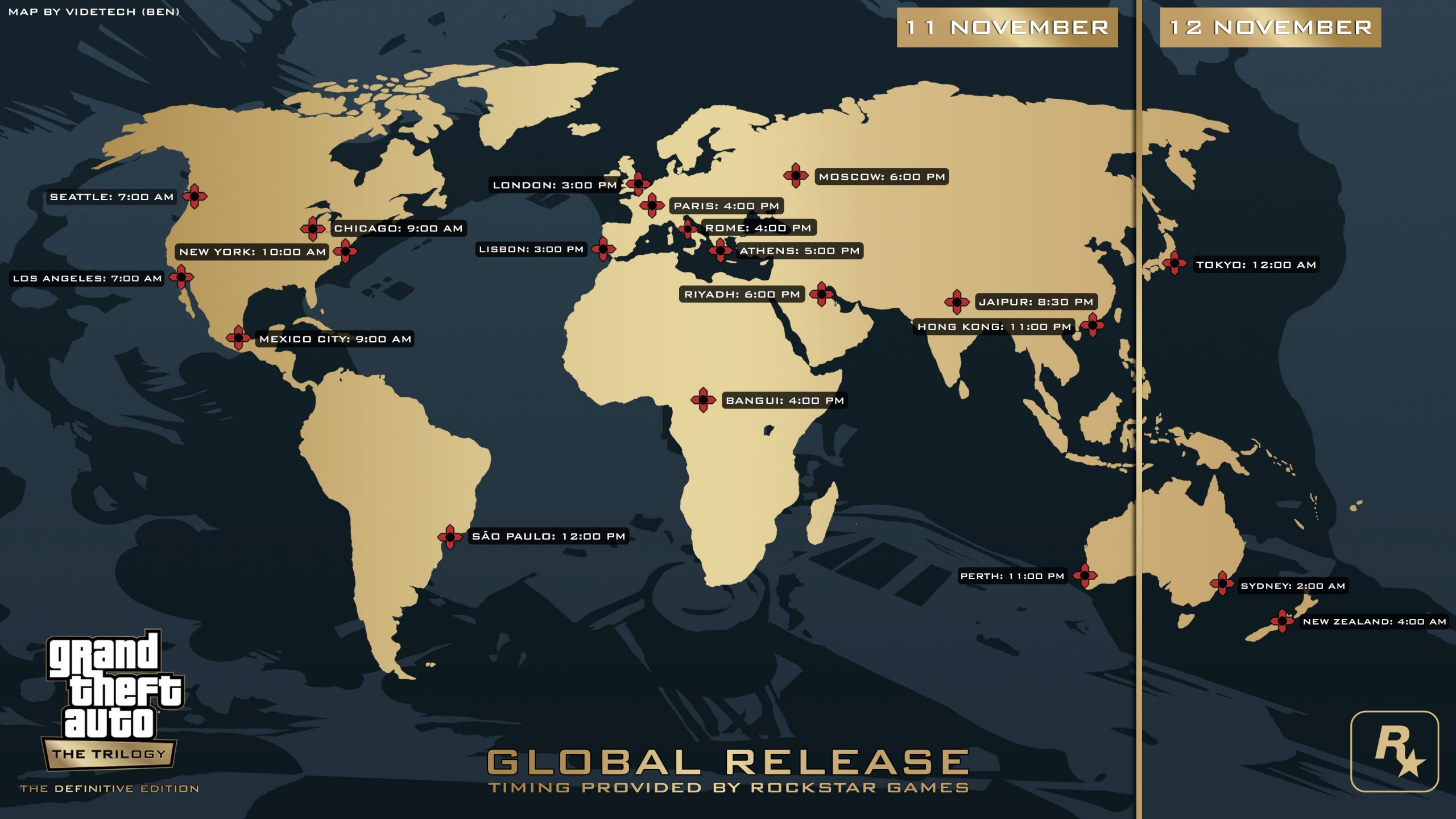