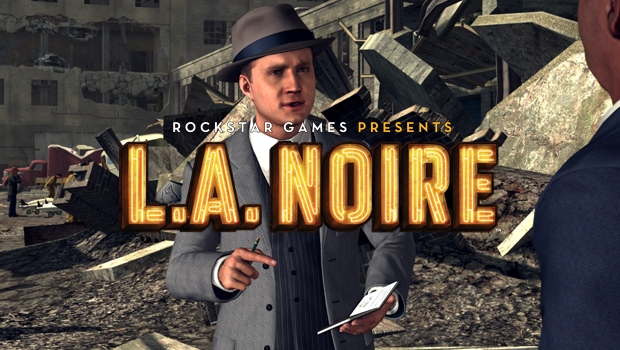 Amid the post-war boom of Hollywood’s Golden Age, Cole Phelps is an LAPD detective thrown headfirst into a city drowning in its own success. Corruption is rampant, the drug trade is exploding, and murder rates are at an all-time high. In his fight to climb the ranks and do what’s right, Phelps must unravel the truth behind a string of arson attacks, racketeering conspiracies and brutal murders, battling the L.A. underworld and even members of his own department to uncover a secret that could shake the city to its rotten core.

Using groundbreaking new animation technology that captures every nuance of an actor’s facial performance in astonishing detail, L.A. Noire is a violent crime thriller that blends breathtaking action with true detective work to deliver an unprecedented interactive experience. Search for clues, chase down suspects and interrogate witnesses as you struggle to find the truth in a city where everyone has something to hide.

LA Noire is set in a 8 square mile recreation of Los Angeles in 1947, with players being given an open-ended challenge to solve a series of crime and murder mysteries. With the title ‘L.A Noire’, the game draws heavily from both plot and aesthetic elements of film noir – stylistic films from the 1940s and 1950s that shared similar visual styles and themes including crime, sex and moral ambiguity and were often shot in black and white with harsh, low-key lighting.

The story begins with Officer Cole Phelps on the Patrol Desk at the Wilshire Division 7 Police Station as a fairly new member of the police department in 1947, successfully investigating a murder with his partner, Officer Ralph Dunn. The game follows Phelps’ progress through the ranks and through different departments, and shows the collapse of his reputation and marriage after being publicly exposed as falling for German lounge singer Elsa Lichtmann.

When a U.S. Marine from Phelps’s former unit is found brutally murdered, Cole discovers many of his former squad members are being assassinated as well, and after meeting with his old comrade, Jack Kelso, he deduces that the men in his unit were selling surplus morphine after stealing a large supply of morphine syrettes from the USS Coolridge, the ship that carried the unit back to Los Angeles at the end of World War II. The men are being killed by mobsters who are working for Mickey Cohen who controls the drug trade and resents the competition.

The Suburban Redevelopment Fund, publicly has good intentions — to build houses for homecoming American servicemen — it is actually a front for an insurance fraud scam, run by a tycoon named Leland Monroe, where sub-standard houses are built and then fall victim to arson in order to claim the insurance money. This is eventually revealed to be only a small part of the fraud, as the true fraud was against the federal government regarding eminent domain. The Suburban Redevelopment Fund aimed to build entire communities, albeit with matchstick houses, to fool the federal government into paying much higher prices for the land where they were constructed, as they are in the path of the proposed Whitnall Parkway in the Wilshire district of Los Angeles.

Further investigations by Phelps and Kelso lead them to discover that the money from the morphine sales is being used to fund a program known as “The Suburban Redevelopment Fund.” The scam, run by a tycoon named Leland Monroe (John Noble), involves local businessmen, dignitaries and even the police chief. It also involves apop-psychiatrist named Harlan Fontaine (Peter Blomquist) and a headstrong member of Phelps and Kelso’s unit,corpsman Courtney Sheldon (Chad Todhunter), who is later killed by Fontaine. After a shoot-out at Monroe’s mansion by Kelso, it is revealed that the arsonist has killed Fontaine and has kidnapped Elsa Lichtmann. It also revealed that the arsonist was Ira Hogeboom, a former flamethrower operator from Phelps’ and Kelso’s unit, suffering from PTSD and schizophrenia after inadvertently killing a large number of civilians in what was thought to be an enemy encampment at the Battle of Okinawa on Phelps’ orders. Hogeboom was unknowingly being manipulated by Fontaine to torch the houses of holdouts who refused to sell out to the Suburban Redevelopment Fund, in order to aid the insurance fraud. However, after Hogeboom inadvertently incinerates a house with an entire family inside, he goes completely insane.

At the Los Angeles River Tunnels, while trying to rescue the kidnapped Elsa, Phelps and Kelso fight their way through corrupt policemen and thugs trying to stop them from exposing the Suburban Redevelopment Fund scam. Outside the tunnels, the Assistant DA blocks the corrupt chief of police from sending additional officers after Phelps, and makes a deal where he sells out the other Fund conspirators. Kelso kills Hogeboom to put him out of his mental anguish and he and Phelps rescue Elsa and flee from the tunnels while struggling against a sewer level that is rising after heavy rain. Eventually, the trio finds an open manhole that they use to get Elsa up to the surface. As the water begins to rise, Phelps voluntarily lifts Kelso to the surface as well; as there is no one else to help Phelps, he says a final goodbye to his comrades as the current sweeps him away.

Later, a funeral is held for Phelps. One of Phelps’ former partners, Herschel Biggs, says to Kelso that Phelps was never his friend. Kelso acknowledges that, and says that he was never his enemy. Biggs says that Phelps knew that, as the speech for Phelps finishes. It is revealed during the funeral ceremony that Leland Monroe was brought to justice, but the other Suburban Redevelopment Fund conspirators have apparently escaped justice, as they are all present at Phelps’ funeral, hypocritically speaking in his honour.

In an epilogue flashback scene, Kelso, Sheldon, and their other fellow G.I.’s find surplus morphine on their ship home. Sheldon convinces the others to sell the drugs, making a profit. However, Kelso refuses, telling Sheldon and the others that his respect for them as soldiers will be ceased if they go through with the drug profiting. They do, leading to the events of the game.

With L.A Noire being a criminal / detective game, you’re constantly meeting new people who are either suspects, victims or members of the public. Below are some of the members of the L.A.P.D. We’ll let you find out the victims and suspects / criminals for yourself.

L.A Noire doesn’t have the biggest amount of available weapons, however it does have a decent selection of pistols. The following weapons are available and usable in L.A Noire:

L.A Noire works similar to how the way Max Payne 3 does with its chapters, however in L.A Noire, players will go through different ranks and complete ‘cases’.

Jazz reigned as America’s most popular form of musical entertainment in the 1940s andwas at its apex of creative innovation, from the emergence of Bebop to the revitalization of Dixieland. The in-game soundtrack of L.A. Noire steps into this era of rich musical history and accompanies each vivid environment with its sonic match. The music of L.A. Noire features a dramatic original score that supports Cole Phelps through each crime scene, interrogation, and car chase – along with classic licensed standards from the period and newly produced original vocal recordings to complete the musical experience and bring auditory authenticity into the world of L.A. Noire’s 1947 Los Angeles. 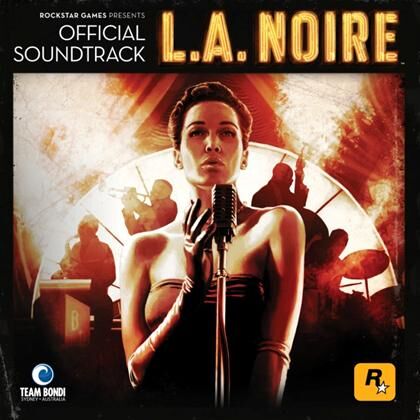 L.A. Noire is developed by Team Bondi and published byRockstar Games. It was initially released for the PlayStation 3 and Xbox 360 on 17 May 2011, however a Microsoft Windows port was later released on 8 November 2011. L.A. Noire is set in Los Angeles in 1947 and challenges the player, controlling a Los Angeles Police Department officer, to solve a range of cases across five departments.