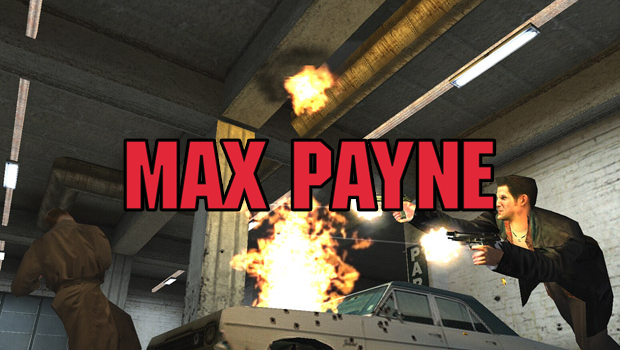 Max Payne is a man with nothing to lose in the violent, cold urban night. A fugitive undercover cop framed for murder, and now hunted by cops and the mob. Max is a man with his back against the wall, fighting a battle he cannot hope to win. Prepare for a new breed of deep action game. Prepare for pain…

Developed by Remedy Entertainment and produced by 3D Realms, Max Payne is a relentless story-driven game about a man on the edge, fighting for his justice while uncovering plot-twists and twisted thugs in the gritty bowels of New York during the century’s worst blizzard.

The story begins in 1998 with Max Payne, a New York City police officer, returning home to find that a trio of drug junkies high on a new drug called valkyr have broken into his house. Max rushes to the bedroom, but he is too late; his wife and newborn daughter have been murdered. After his family’s funeral, he transfers to the DEA.

In 2001, he is an undercover operative inside the Punchinello crime family, which is responsible for the trafficking of valkyr. B.B., a colleague in the DEA, gives Max a message asking him to meet Alex Balder, another DEA agent and a good friend of Max’s, in the Roscoe Street subway station. When Max gets to the subway, Alex is shot by an secret assassin. As a result, the police consider Max the prime suspect in Alex’s death. Additionally, the Punchinello family finds out that he is a cop and wants him dead.

Max goes after Jack Lupino, who oversees valkyr distribution for the Punchinello family. After gunning him down, he meets Mona Sax, a hired killer, who laces his drink with a sedative and leaves him to be found by the Mafia, who proceed to interrogate him.

Max escapes the Mafia and gains access to a shipment of guns belonging to the Russian mob after killing one of their traitors. Max uses these weapons to infiltrate the house of Don Punchinello, the head of the Mafia. Max discovers that the Don is only a puppet in the valkyr market when the Don is killed by agents of Nicole Horne, CEO of Aesir Corporation, in front of Max. Horne herself then injects Max with an overdose of valkyr and leaves him for dead.

When he awakens, he pursues his only lead, Horne’s last words, “Take me to Cold Steel”, heard just before he passed out. It leads him to a foundry with an old military bunker under it. He discovers that valkyr was the result of a U.S. military project to improve its soldiers’ stamina and morale; the project was halted shortly after it began due to lackluster results. He also discovers that his wife accidentally found out about the project while working at the District Attorney’s office, so Horne let valkyr test subjects loose in Max’s house.

After leaving the bunker, Max gets a call from B.B., who asks Max to meet with him at a garage lot. There, Max realizes that B.B. was the one who shot Alex, framing Max for his murder. A huge running gun-fight begins with Max giving chase through the garage lot. After killing B.B., Max gets a phone call from a man named Alfred Woden asking him to come to the Asgard Building. Alfred is part of a secret society called the “Inner Circle”. Woden informs Max about who Nicole Horne is and says the Inner Circle cannot pursue Horne because “their hands are tied.” They ask Max to kill Horne in exchange for ensuring that any criminal charges against him are dropped. After the meeting, the room is stormed by Horne’s agents. They kill every person in the room except for Max, who manages to escape, and Woden, who pretends to be shot.

Max enters the Aesir Headquarters, where Horne is located. As he makes his way past security guards and mercenaries, he runs into Mona Sax again. She is shot by Horne after refusing to shoot Max. Max confronts Nicole and states that this whole thing started after Max’s wife found out about the valkyr project. Horne runs to the roof of the building, boarding a helicopter. Racing up to the roof, Max shoots the guy wires of the building’s antenna and hits it with the M79; the antenna snaps off the roof and comes crashing down on the helicopter.

The NYPD arrive at the scene, arresting Max. As Max is being led out of the building by the SWAT team, he sees Alfred Woden. Knowing that Woden will ensure his safe passage through the judicial system.

Thee are several characters in Max Payne 1, these are listed below:

Max Payne 1 has a total of 13 weapons which can be seen below:

Max Payne 1 consists of 25 Chapters. These are split up into 3 Parts. As well as 25 Chapters, there is also a Tutorial Chapter and a bonus Chapter for PC.

Part I: The American Dream:

Max Payne 1 is a third-person shooter video game developed Remedy Entertainment and published by Gathering of Developers on July 2001 for Microsoft Windows. Ports created later in the year for the PlayStation 2, Xbox and the Game Boy Advance were published by Rockstar Games. A Mac OS port was published on July 16, 2002 by MacSoft. There were plans for a Dreamcastversion of Max Payne, but they were cancelled due to the discontinuation of the console. The game was re-released on April 27, 2009 as a downloadable game in the Xbox Originals program for the Xbox 360. The game was also re-released in the spring of 2012 as a downloadable game in the PlayStation Store for the PlayStation 3 under the PS2 classics banner and was also released on iOS and Android.